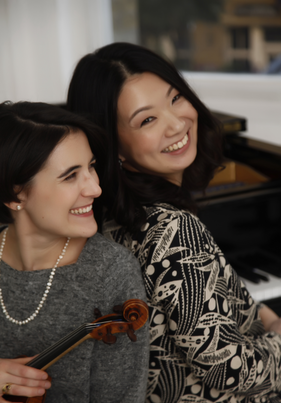 Eulalie Charland and Maiko Mori started performing as a duo in 2001 while still students at the Royal College of Music in London. Their love of the chamber duo répertoire and commitment to playing 20th century and contemporary music found a natural expression in their enduring collaboration and friendship.

For over a decade they have explored new repertoire and performed in acclaimed venues such as Radio France in Paris, the Purcell Room in London, Conway Hall and at the Cheltenham Festival.