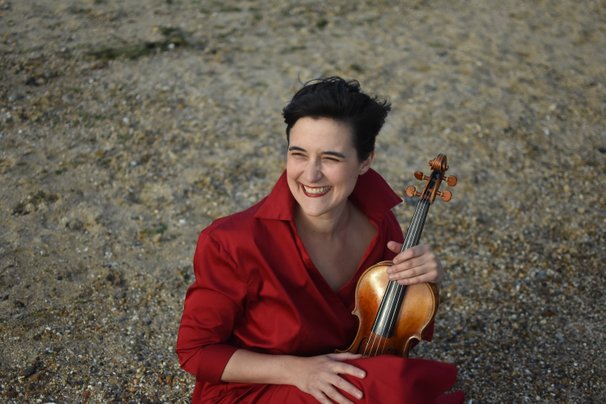 Violinist Eulalie Charland (born 1981), has performed as a soloist and chamber musician in various important concert venues and festivals such as Radio France in Paris, the Purcell Room and Conway Hall in London and at the Cheltenham Festival to mention but a few. Her playing has been described as “elegant…strong and possessing uncomplicated projection” (The Strad, April 2008).

Her musical education took her first to Paris where she studied with Catherine Courtois and later across the Atlantic, more precisely in Indiana with the renowned violin pedagogue Mauricio Fuks. However her musical curiosity saw Eulalie Charland studying with Stefan Gheorghiu in Bucharest before being accepted on scholarship at the Royal College of Music, London. There she completed, with distinction, both her Bachelor and Master of Music under the tutelage of Yossi Zivoni.

After a childhood and adolescence shaped by traveling and living for prolonged periods in Canada, France, Finland, Italy, Romania and the US, she made London her home.

Eulalie Charland is a laureate of various awards and scholarships such as the Lydia Napper Award (2004), Musicians Benevolent Fund (2004), Countess of Munster Musical Trust (2005), Marjorie & Arnold Ziff Award (2005) and St Marylebone Educational Foundation Award (2006). As a chamber musician she is equally at home with the classical as well as the contemporary post 20th century language of composers such as Timothy Salter, Judith Weir, Philip Cashian, Hugh Wood, Thea Musgrave, Graham Fitkin and Karl Fiorini. She has commissioned various works for solo violin, violin and piano as well as trios from contemporary composers and is passionate about collaborating and exploring the diverse and individual soundscapes of the artists she works with. These collaborative projects have culminated in a multitude of performances as diverse as Film Festivals to dance and music collaborations.

Eulalie Charland is currently violin professor at the Junior Guildhall School of Music and Drama.

She plays a violin made in 2015 by Stefan von Baehr.